Underground artist PrototypeRaptor released his new album yesterday, titled “3-1” (With a nostalgic reference to the original Mario Bros), and the album is filled with his signature 8-bit sounds and basslines. Opting for a more disco/funk-type vibe on his third album, the style choice becomes more apparent as you progress through the album, ending with some laidback tracks which are a welcome change of pace. Being one of our favorite lesser-known producers, we can’t recommend purchasing and supporting the album enough, so check out the player below, and we’ll let the music sell itself.

Purchase the Album on Bandcamp
Check out ProtoypeRaptor on Facebook 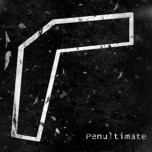