Bassnectar has released a remastered version of a classic remix in tribute of the late DJ/composer/producer Cheb i Sabbah.  The song, Alkher Illa Doffor, was originally featured on Bassnectar’s 2007 studio album Underground Communication.  Bassnectar wrote on his soundcloud:

Cheb i Sabbah was a musical pioneer, fusing together entire cultures of sound and music, pushing cutting edge blends of traditional songs with beats and ideas which were way ahead of his time.

“Chebiji” as he was affectionately known passed away November 6, 2013 at the age of 66, and we are releasing this special remaster as a benefit to his family: he has two kids and three grandkids, who are largely dependent on him. All the proceeds from this remix will go straight to the family.

Not only can you add this great remix to your library for as little as $1, but you can also support a worthy cause.  Hit the “download” to get the track and for more info. 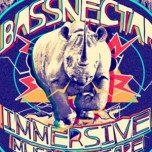 Bassnectar – Take You Down (Special Edit)