Electric Zoo 2013, kicked off in NYC yesterday, and we have all the live sets and coverage you’ll need. After the jump, we’ve got streams and downloads from all the hottest DJ’s playing in NYC, and there’s still more to come! Check back tomorrow for all the sets from day 2 at Electric Zoo 2013 (NYC).

Hit the jump, and explore all the downloads, streams, and everything else from Day 1 of Electric Zoo 2013!

END_OF_DOCUMENT_TOKEN_TO_BE_REPLACED 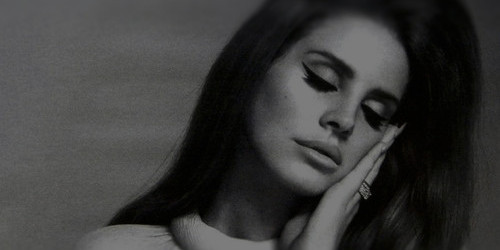 We present to you this remix of Young & Beautiful by PatrickReza. This track has his signature melodic style and it will not disappoint. Lana‘s songs are always nice to listen to and the touch this artist adds to this already good song just makes it a must add for your collection. They say that the best things in life are free so check out this free download and see for yourself!

Nicky Romero and Protocol Recordings let a remix pack of “Legacy” loose today, which features several artists takes on the original anthem featuring Krewella‘s ambient vocals. Candyland and Vicetone (featured here) are two of the artists to take a shot at the track, incorporating their own signature styles with Candyland’s first official OG remix delivering a heavy trap remix, and Vicetone bringing their electro house version of the track.

Hit the play buttons below to check out each track, and check out Beatport to purchase the rest!

Straight from our mailbox this week, comes this remix from the NYC duo “The Chainsmokers” who are quickly on the rise to the upper ranks. With their 5 most recent remixes hitting #1, the rise may happen sooner than expected. “Last Forever” is no different than the previously mentioned remixes, featuring great use of the indie vocals (british accent included) and fantastic chords.

Check out the track below, and give The Chainsmokers your support via Facebook!

Zeds Dead released a new track a couple days back which turns out to be quite the trap banger. Teaming up with the Toronto native Memorecks, proves to work well, showcasing fine traits from both artists, but definitely not lacking the usual Zeds Dead deep bass.

Check out the track by hitting the play button below, and more importantly, be sure to check out Zeds Dead and Memorecks on Facebook!

British producer Burns teams up with pop sensation Ellie Goulding to deliver a powerful and emotive rendition of Midnight Star’s 1986 R&B hit Midas Touch.  Whereas the original was upbeat and more pop-driven, this version has an ominous feel.  It’s a great tribute, and a fantastic song.  It’ll be featured on the reissued expanded version of Ellie’s album Halcyon titled Halcyon Days, set for an august 26th release.  For now, you can stream it below.

18-year-old dubstep producer Skrux has released his remix of Felix Cartal’s and Clockwork’s The Fire, and it’s a beautiful piece. Madame Button’s vocals are the focus here, accentuated by a smooth and mellow dubstep melody.  He really demonstrates his production skills with the amazing vocal cuts and buildups.  The more I listen, the more I love it!  Give Skrux a much deserved like on Facebook, and grab the free download.

A little late with this one, but who cares!  The San Franciscan dubstep producers Helicopter Showdown released a Summertime FestivalFun Mix last month, and it hits HARD!  It’s a 50+ minute mix packed with 40 of the best dubstep, trap, hardstyle and drum & bass has to offer.  So pick up the free download and get ready for some major bass-induced ground shaking.

Tracklist after the jump.